An air filtration solution to decrease exposure of viruses

Viruses Can Spread By Micro-Droplets Suspended In The Air

0:36 - Sneezing spreads both large, small and micro droplets
1:42 - Conversations also spread micro droplets
2:29 - "Micro droplets carry many viruses"
3:14 - Simulation of cough spreading micro droplet in a room
4:06 - micro droplets remain even after 20mins
4:17 - "If air isn't moving, micro droplets won't move and since they can't move on their own, they stay in place for some time."
4:40 - "Opening windows and increasing air circulation is believed to be effective."

How Sickness Spread In Office / Shop

A staff caught a flu with no symptoms bad enough to see a doctor. Or he was returning from an MC.

The staff goes to office as usual. Not knowing he carries a virus, he interacts with others.

Sneezing, coughing or talking create micro-droplets with viruses. These float in office.

Others breathe in the air containing micro droplets. Some get overcome by the virus.

The full analysis can be accessed via this link here or by clicking the image above.

100 workers inside a 19-story building, restaurant customers celebrating Chinese New Year and a group of Buddhists devotees travelling by bus. They were infected, by air.

But What If You Dont Want To, Or The Building Does Not Allow It.

Then Go To Method Two.

Use A Ceiling Mounted Air Filter

Continuously Zap And Filter Away Viruses

The "Open-Window" Solution For Your Office or Commercial Space 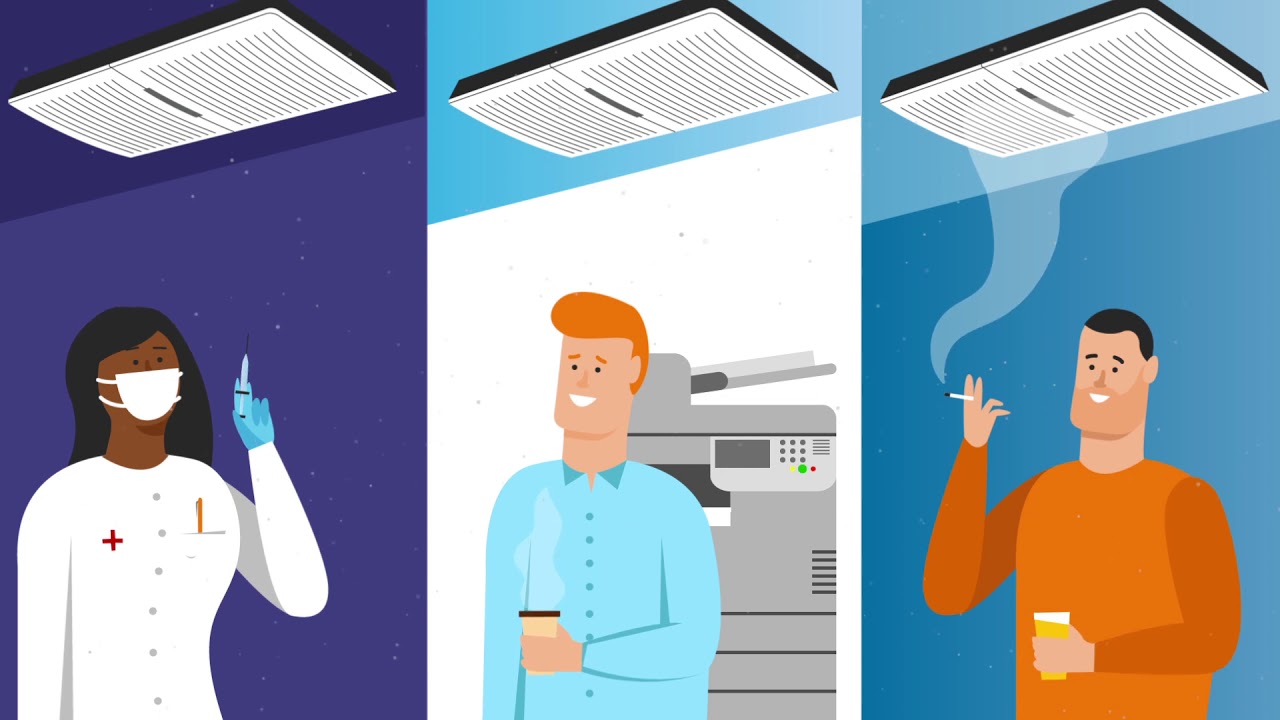 Click the above video to understand how it works.

Is it effective at removing cOVID-19 Virus?

The translated report is available on request via below form.

TNO, the Netherland Organisation for Applied Scientific Research tested the Euromate ceiling mounted HM air filter and concluded that it is able to capture the aerosols (micro droplets) that can contain the SARs-CoV-2 (COVID-19) and other viruses.

This report is signed off by the Department of Microbiology and Systems Biology.

Alternatively, you can email us at airfiltration@smokingcabin.sg